We hop a ferry from Portsmouth to Santander and get ready to experience the beaches, food and culture of the north coast of Spain.

I'm going to do something a bit different for this blog. First, I'm going to do the usual and share pictures of the fabulous things we've been doing since arriving in Spain (boring). Pictures of us hanging out in our ferry cabin, building sand castles on glorious beaches, taking happy family selfies at mountain viewpoints, and sampling tasty local foods. And after you've turned green with envy, I'm going to give in and share how tortuous it can be travelling for months on end with two kids under four! You can keep your bloody "I told you so" to yourselves too. Then at the end, I'll leave you with a warm and fuzzy, I promise. Ready? Get set. Go! 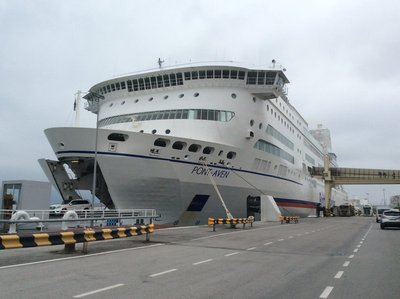 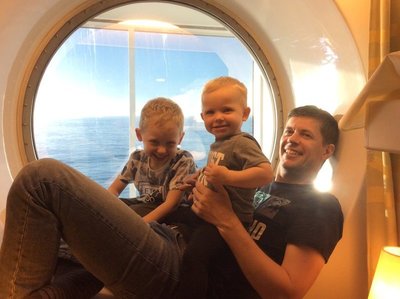 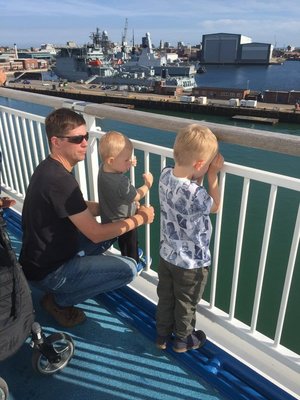 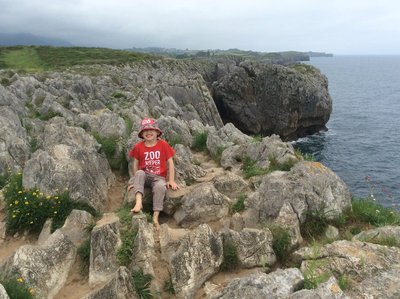 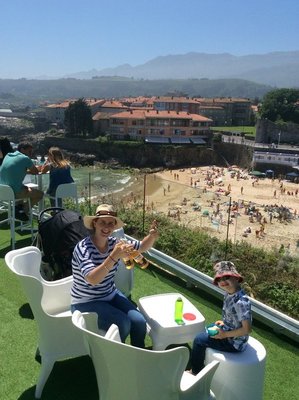 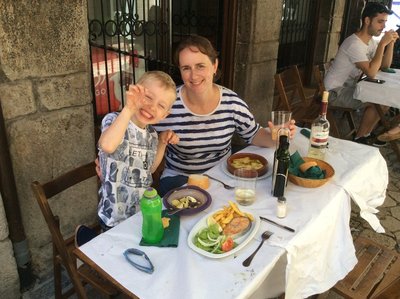 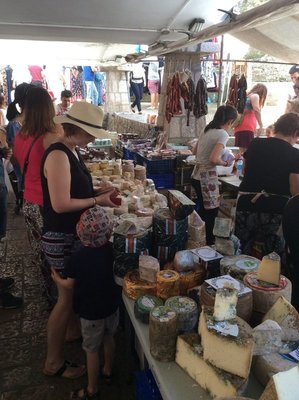 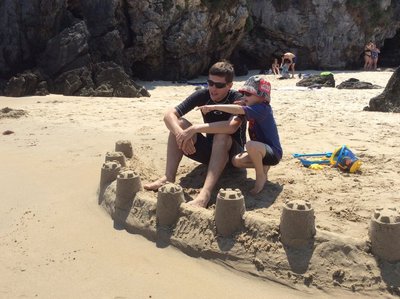 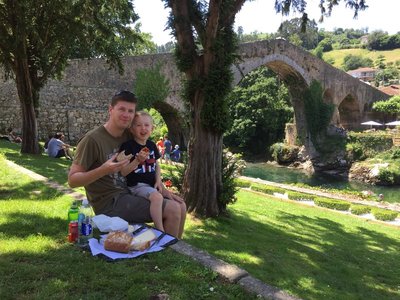 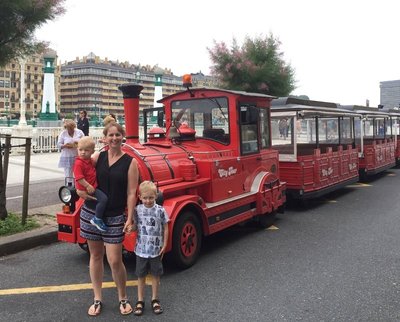 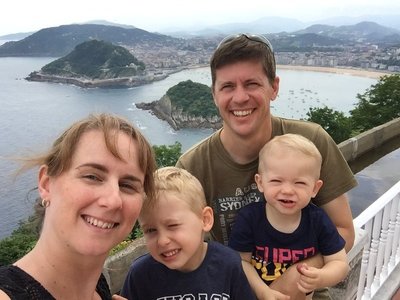 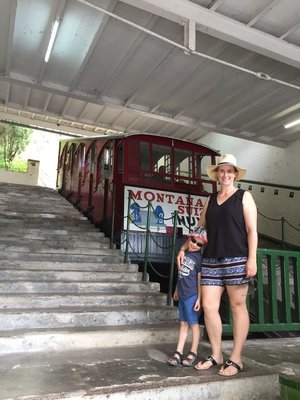 Ok, now let's get real. To start with, Alec has now reached an age (18 months) where he annoys the heck out of Lewis. It can be as benign as a look or as fierce as a bite, and it never stops. Seconds after I took that shot of us cruising out of Portsmouth Harbour, Alec launched after Lewis and we had to wrestle them apart.

Lewis gives as good as he gets too, a little harder than he should at times. He can also be moody and, like any four year old, throw ugly tantrums, especially on the days when we've lost track of his sugar intake. That picture of him and I at the funicular railway in San Sebastián, he was in a mood that had lasted pretty much the whole morning. We call him Mr Grumpy, but only under our breath, as it only enrages him more. He copes far better with a daytime nap, but it's a mission and a fight to get him to have one.

Alec's complex array of food allergies means that he's on a simple diet of home-prepared foods. That means we have to be super organised and watch him like a hawk. The good thing is for the first time ever his skin seems to be under control, his tummy is now working fine, and he's sleeping much better.

While they do test us on a daily basis, and some days I don't want to get out of bed, I believe it would be the same in the comfort and familiarity of home. Whether we were here exploring new places, or home juggling work and home life, we'd still have to continually adapt and add to our bag of parenting tricks. I truly believe that.

And now to my promised warm and fuzzy, of the kind that makes us forget the biting and the tantrums. Last week we did the classic European thing and headed out for a late dinner. We timed it so Alec was asleep in the pram on the walk to town, which left Lewis, Matt and I to enjoy three courses and a bottle of wine overlooking the medieval port of Llanes (Lewis obstained from the wine of course - not to his taste

) . It was unforgettable to watch Lewis try new foods, and to say with confidence "gracias" and "adios". Matt and I enjoyed eating without disturbance while Lewis entertained himself, drew and played with his sticker book. Afterwards, with ice cream on board, Matt loaded Lewis onto his shoulders and we enjoyed the coos of passing grannies as we slowly walked and talked our way back to the apartment. While they can be few and far between, it's moments like these that stick in your memory. I hope you've enjoyed this one. Xx

Posted by netandmatt 14:08 Archived in Spain

Comments on this blog entry are now closed to non-Travellerspoint members. You can still leave a comment if you are a member of Travellerspoint.

If you aren't a member of Travellerspoint yet, you can join for free.