Springtime in the Rockies

We arrive in Banff for what locals hope is the last snowfall of the season and go in search of a good hill for tabogganing.

What is it about freshly fallen snow that turns grown adults into giant kids? Or is it just me who goes a bit ga ga for the cold stuff? Well, the snow here in the Rockies surpassed my expectations, even what was left of it in the Springtime. Friends and family who've visited before, you weren't wrong about the scenery. I don't know why I ever needed convincing to come here.

The Taylor Family Road Trip 2.0 took us from Nelson to our accommodation in Canmore, about 20 minutes outside Banff, in about 8 hours. It was touch and go which route to take as many of the mountain passes regularly close this time of year due to overnight snowfalls and avalanches. Thankfully we cottoned on to an awesome app called DriveBC (short for the province, British Colombia). This clever route planning app integrates weather forecasts and road conditions with instant access to live highway cams. Despite snowfalls overnight, the road was clear through Kootenay Pass and on through Kootenay National Park to Banff.

While on the road we saw snow piled 2m high in places, and we even saw deer munching on fresh grass not far from the road. The scenery was stunning, but nothing could have prepared us for the days ahead. 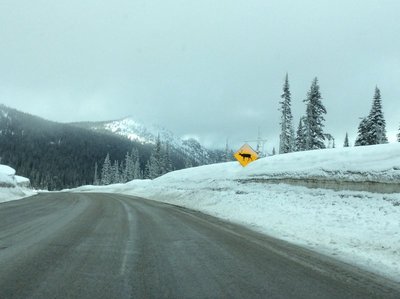 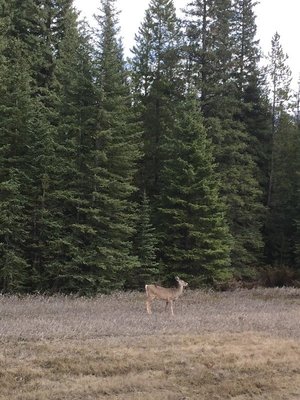 For our first day trip we visited Lake Minnewanka which is a stone's throw from Banff. It was almost completely frozen and there was a thick layer of snow on top. Despite the cold, it didn't take long for Lewis and I to prepare for battle. After being pummelled repeatedly at close range, I took aim at the retreating force. Victory was short lived though as, following a brief ceasefire to marvel at the falling snow, fighting resumed ??. 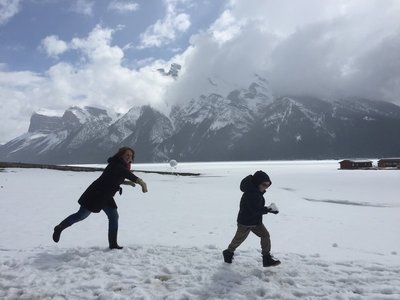 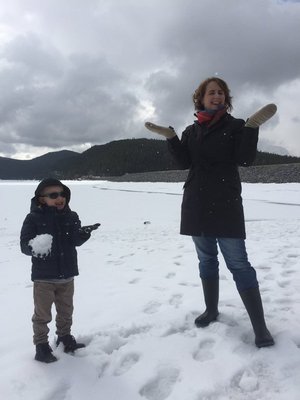 Next on the hit list was Bow Lake, about 1.5hr drive north. We'd been told that the area still had a massive amount of snow, and they weren't wrong. Like Minnewanka, Bow Lake was also frozen and covered in snow, but this time due to the higher altitude and its location farther north the snow was much deeper at around 3-6m. I've never ever seen that much snow. It was incredible. We made a snowman first and then just tried to take it all in, including the stunning Bow Glacier perched high above us. 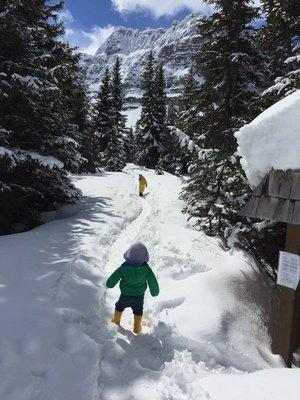 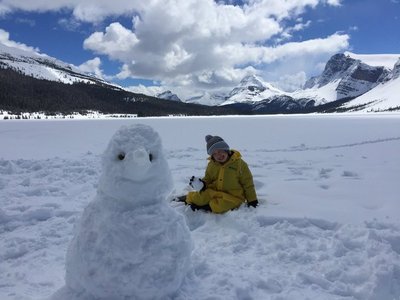 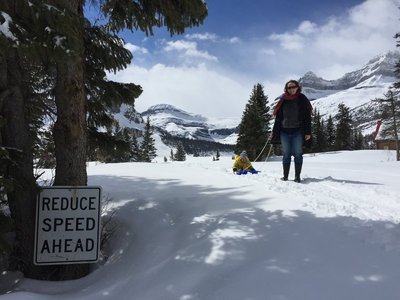 Lake Louise was also amazing (I realise I need to work on my superlatives). In addition to visiting the lake and the fancy Fairmont Chateau, we ventured to the ski resort for innumerable trips down their cool tubing slope. Alec spent a few hours chilling in the crèche, while Lewis enjoyed having mummy and daddy all to himself. 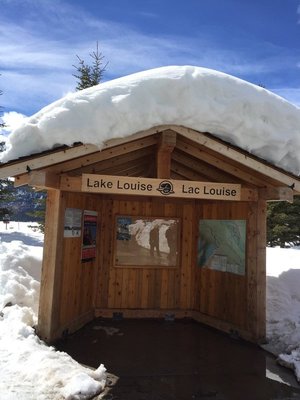 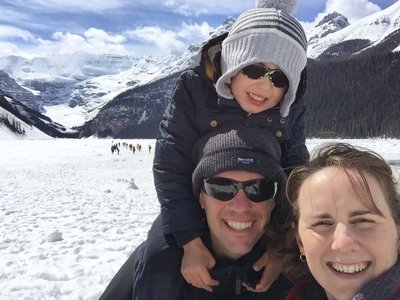 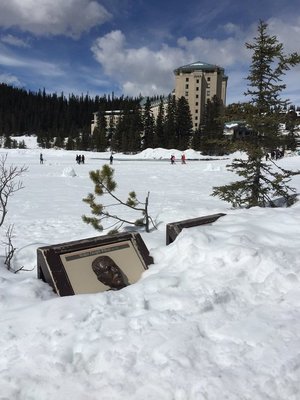 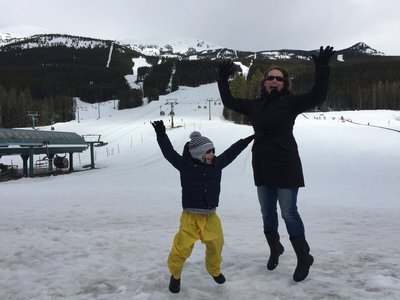 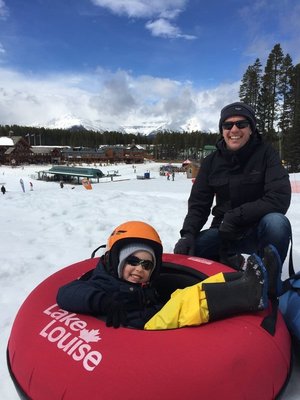 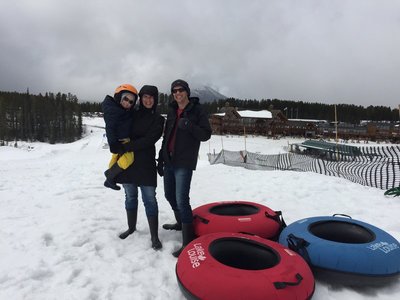 Overall, we had an absolutely fantastic time in the Rockies, and I'll finish this entry with this tiny observation. In visiting Nelson, I got the feeling that our little Aussie family was a bit unique in visiting there. Everyone we met was seriously interested in who we were, where we were going and why we'd chosen to visit the area. In Banff and the snowfields of the Bow Valley however, I quickly learned that Aussies are a commodity. The barman, the cashier, the ski instructor, the childcare worker; it's like we've invaded. That said, it's also kind of nice to feel connected to a bunch of random strangers. We've all travelled a bloody long way to get here, and we're all in awe of the place.

Posted by netandmatt 19:49 Archived in Canada

Previous Next Table of contents

Comments on this blog entry are now closed to non-Travellerspoint members. You can still leave a comment if you are a member of Travellerspoint.

If you aren't a member of Travellerspoint yet, you can join for free.